Felix Hernandez is undeniably talented. This artist uses a mix of photography skills and minute arts and crafts talents to create visions of new worlds and amazing visions for you to enjoy.

The following is a gallery of behind the scenes images to show his various projects and the magic of his creations. We’re sure you’ll agree they are impressive. A little lighting here, some clever perspective there, a dash of modelling and you’ve got a whole new world before your eyes.

Just a few images hardly show all the effort that Felix Hernandez puts into his works. This one was part of a project for Volkswagen and showed a tiny VW Beetle model that the artist lovingly constructed, along with a brilliant backdrop to give the illusion of a real road and landscape. Perspective plays a big part in these works and the results are magnificent.

Another vision of a VW vehicle in tiny form. This painstakingly created work includes a camper van in a small frozen landscape seemingly being abducted by an alien spacecraft. We love the framing of this artist’s work, along with the lighting and smoke that’s added for atmosphere.

The boy and the dove

Felix’s work appears to use a healthy mix of perspective, attention to detail and Photoshop wizardry. In this image, a small boy is made even tinier and cast off into some imaginary waters.

Handcrafted dioramas, a small smoke machine and some clever camera placement lead to some fantastic and interesting results. This is just one of several Star Wars themed images Felix has created.

We see this as a brilliant way to enjoy a car you might not otherwise be able to afford. A spray of moisture, some clever lighting, the right angle and you can make a small toy car look like a dream machine.

Felix is not just a dab hand at crafting and building models, it turns out he also has a talent for painting them in such a way that they appear worn out and broken too. Here he’s made a toy car look like a well-worn automobile that’s rusty and run-down but still has plenty of character.

Some clever photography can even transform a day at the beach into a foreboding landscape of a distant planet. A lone stormtrooper can now be seen staring off thoughtfully into the distance, wondering what went wrong with his life.

The Love Car came about as a project over several years. Another small model car turned into something much bigger. There’s a great story behind this project too, as Felix Hernandez set out to create something special without spending a fortune.

This intricate work of art was the result of a single word. The idea of heartbreak becoming something visual with a carefully constructed cliff face falling apart as two elephants reach out for one another. We love seeing the various small steps that go into creating a masterpiece like this.

Some of these works are a mix of reality and cleverly crafted dioramas. For this one, Felix used a tiny scale model of an East German Trabant backdropped with an image of the Los Andes mountains snapped on a trip to Peru.

From broken old cars on desolate landscapes, to something much more futuristic. Felix once again uses his skills, attention to detail and infinite patience to create a magnificent scene using another model car, some clever lighting and fake fog to transform an old-looking car into futuristic flying one.

Back in 2017, Felix worked on creating a awesome vision of the iconic vehicle from Ghost Busters as part of a project called Famous Cars. Lighting and smoke effects were used to give the toy model a new lease of life and resulted in this awesome vision along with other cool visuals that included seeing the car doing a wheelie through the smog.

This brilliant shoot and several others like it were inspired by the Dukes of Hazard for a famous movie cars project. We enjoy seeing how much effort Felix puts into these projects with brilliant behind the scenes photographs and there’s even a video of this one too.

We can only imagine how much effort goes into these images where two cars look like they’re actually moving. Jumping over one another through a cloud of smoke.

Back to the Future

Where we’re going, we don’t need roads. But we do need a lot of photography magic. We’re finishing off with one of our favourites, but we’d recommend checking out this incredible artist’s website and following him on Instagram to see more. 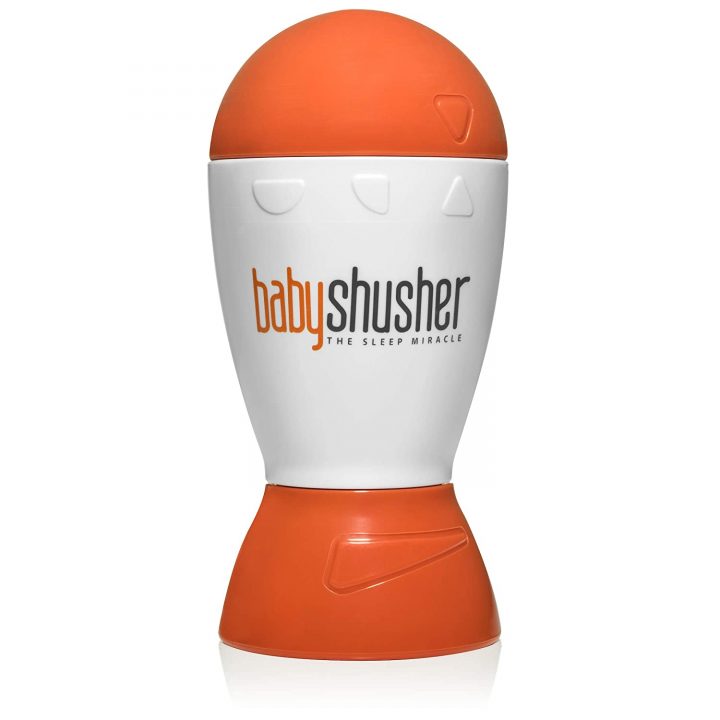 The Baby Shusher is an amazing new device that produces soothing sounds for babies to lull them to sleep.  It’s a much needed aid for new parents to lull their newly born to sleep with a calming “shush’ using a real human voice.  It uses an ancient doctor-tested and approved rhythmic shushing technique to help soothe your fussy baby.  This revolutionary device frees up your precious time and helps you as a new parent to get much-needed sleep.  It works by producing loud rhythmic shushing noises to help your babies go to sleep and prevent crying.  The rhythmic sounds remind your baby of being inside mom where they were inundated 24-hours a day with loud sounds of blood flow and other utero noises.  Its versatile and portable design is small, compact, easy to clean and can be used at home or in the car, visiting friends and family and even while shopping.  Makes a perfect gift for baby showers.
Get it Here on Amazon