Samsung’s Galaxy Note flagships are typically some of the most hotly anticipated smartphones of the year, and today the newest models have been made official. The Samsung Galaxy Note 20 and Note 20 Ultra share the same basic design, but there are some pretty significant differences between the two. The display on the Note 20 Ultra features a bigger 6.9-inch Dynamic AMOLED 2X display with 3088×1440 resolution, curved edges, in-display fingerprint reader, and up to a … [read full article]

The new Samsung Galaxy Watch 3 comes in two sizes and a handful of different colors. The bigger 45mm model will be available in Mystic Silver and Mystic Black, while you’ll find the smaller 41mm model in Mystic Bronze or Mystic Silver. There are both Bluetooth and LTE versions, with prices jumping for that extra bit of connectivity.

Source: It’s OK to Drool Over the Samsung Galaxy Watch 3

It should not be too long before the official announcement arrives on a new entry-level of the Korean giant: we are talking about Samsung Galaxy A01 Core of which we already know the model code ( SM-A013F ) and that could reserve a surprise that knows a lot about back to the origins.

The smartphone, in fact, will probably be characterized by the presence of a removable battery, a detail now more than rare in the smartphone market. This is not the only information leaked on the device, so many details of the data sheet already emerged.

Samsung Galaxy A01 Core should in fact arrive with a PLS TFT LCD display with a 5.3-inch diagonal and a resolution of 1,480 x 720 px. On board will be placed a MT6739 of MediaTek , SoC which would then be joined by 1 GB of RAM and 16 GB of internal storage . The reduced RAM is the forerunner to the Go version of Android 10, specifically designed for devices with limited hardware.

Some references have also arrived on the photographic sector: the rear sensor will be 8 MP (f / 2.2) while the selfie-cam will stop at 5 MP (f / 2.4). The aforementioned battery will instead have a capacity of 3,000 mAh more than enough to guarantee a good autonomy to the smartphone, given the rest of the technical specifications.

Samsung Galaxy A01 Core has already received the first certifications, its official launch could already take place during this month of July. 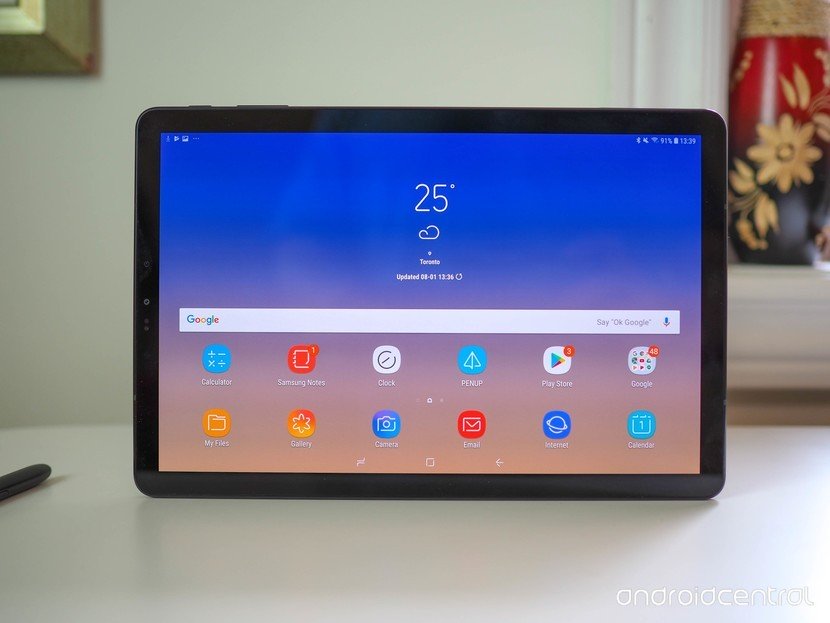 The post Samsung Galaxy Tab S4 and Tab S5e start getting Android 10 with One UI 2.1 appeared first on GadgetNutz.

Now that TCL has basically dominated the budget-friendly smart TV market, the brand is stepping up its smartphone game. The company already sells budget handsets under the Alcatel name, but now it wants to sell mid-range Android smartphones such as the TCL 10 Pro for less than $500 that put some premium devices to shame.

The impending Samsung Galaxy S11 is described by industry professionals as the future of Samsung smartphones. unluckily, we’ll have to wait some time for the much-predicted release.

update 31 July 2019: legitimate cellular leaker, Ice Universe, confirmed 4 rumours about the Samsung Galaxy S11; 3 of these rumours are desirable, even as the fourth rumour may additionally leave consumers much less than happy.

the best news is that the S11 will run on Android Q with Samsung’s One UI. The S11 ought to be in circulation when the Android Q model is unrolled, so that checks out.

in addition, the S11’s codename might be Picasso, and the camera is stated to encompass a “good sized upgrade.” We don’t need to speculate, apart from that it can include an Isocell shiny GW1 64-megapixel f1/1.seventy two sensor.

The bad news is that S11 won’t have an invisible selfie camera hidden under the display, even though Samsung’s competitors are pushing forward in that field.

Note: The high-resolution 3D renders of the Samsung Galaxy S11 used in this article were created by Let’s Go Digital.

Rumoured specs, price and launch date
one of the major talking factors is the display that curves on all 4 sides. The curved display is revolutionary and will absolutely position Samsung in advance of its competition. here’s what we understand thus far.

Samsung Galaxy S11 release date
Mark your calendars for around February or March 2020. Samsung will more than likey reveal the S11 at their packed event, as they have done with other Galaxy smartphone releases.

both the Galaxy S9 and S10 were released at Samsung packed event in February 2018 and 2019, respectively, so we will likely assume the S11 to be offered from March onwards.

How much will the Samsung Galaxy S11 cost?

The high rate is mainly because the S11 is expected to include large storage and memory options. Here’s hoping Samsung will release a lower-tier S11, although a budget handset would probably end up being disappointing.

Will the S11 camera really be all that?

We may genuinely look ahead to better digital camera specifications. Now that the S10 was released with 3 rear cameras, it’s pretty much the standard we count on from all smartphones.
Huawei currently introduced out the honor 20 pro that features a 48MP primary lens, so if Samsung desires to stay relevant in this mobile smartphone game, they’ll have to drag out all of the stops.
in line with Tech Radar, there are even rumours of Samsung working on a 64MP phone digicam, and maybe just maybe that will be added to the S11. imagine, a 64MP smartphone camera. It’s a awesome time to be alive.

The Samsung S11 battery life would have to surpass that of the S10. The S10 has a 3400 mAh battery which is okay but it won’t really last for two straight days without charging. In order to impress us, Samsung will have to aim for 4000 mAh or above. Gone are the days of your Nokia 5110 lasting for seven days, hey.

It’s safe to assume that the S11 will be 5G-enabled, especially since the S10 has the feature. And by the time the S11 is released, 5G will be available in most countries.

There are no affordable 5G smartphones coming our way any time soon, though. If Samsung wanted to stay ahead of the game, they could work on a way to give us a 5G-enabled S11 at a reasonable price. Is that too much to ask? 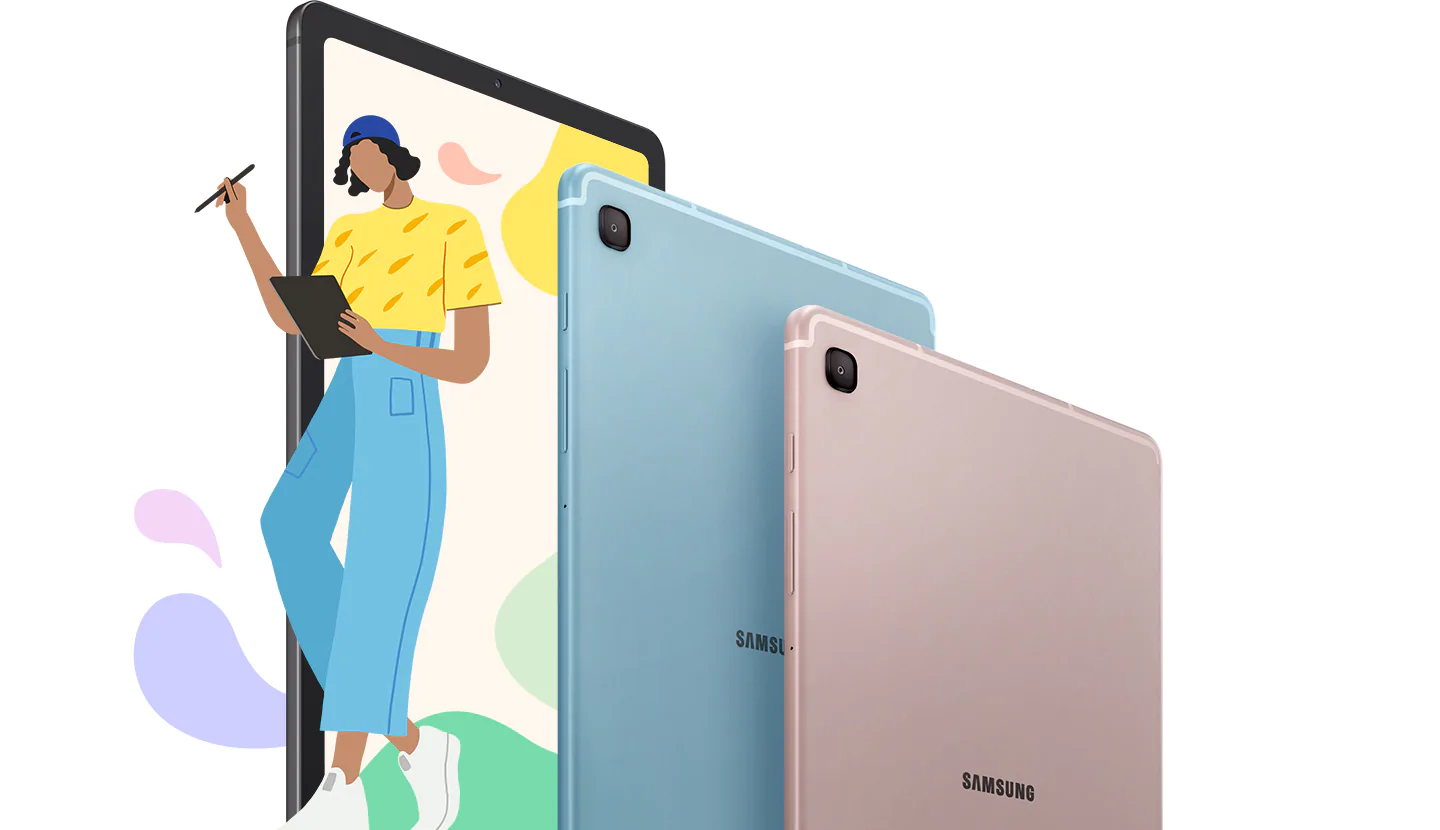 US-Based carrier Sprint just launched a new screen repair program for certain Galaxy Phones. The Sprint repair program will fix the cracked screen on your eligible Samsung phone no matter your carrier. Whether AT&T, T-Mobile or Verizon, Sprint will fix your phone for only $49.

Samsung’s latest flagship devices such as the Galaxy Fold and Note 10 are not on the list. If eligible devices are beyond repair, Sprint will take it off your hands and give you $150 towards a new phone.

One thing you should know is the Sprint screen repair program limits one device per customer. The promotion runs until February 9th, also please not all broken screens are repairable.

Samsung is about to launch another of its Galaxy smartphones in India. The Samsung Galaxy A51 is an affordable Android smartphone with mid-level specifications. The handset was mentioned on Samsung India official twitter page with a January 29 launch date.

Based on the device’s support page on Samsung.com, the Galaxy A51 comes equipped with a full display screen with no notch. It has a small circle where the front-facing lens and edge to edge visibility.

Not many specifications are currently offered by the support page, however, Samsung is promising an Awesome experience from its A-series Galaxy smartphones.

They are promising awesome battery life, display, and camera. Other than what they have mentioned on the teaser page, we just have to wait until January 29th, to see if they deliver on the promise.

Based on rumors, the Galaxy A51 comes with 6GB of RAM and 128GB of onboard storage. No word if the storage is expandable but we will keep you updated. The Samsung Galaxy A51 is expected to retail at around INR 23,000 once sales begin in India.

Samsung Galaxy A51 Specs not confirmed

Now that we have noted all that Samsung is saying on their teaser page. Word on the street is the Galaxy A51 comes equipped with a massive 6.5-inch OLED display with a 2400 x 1080 resolution. The galaxy phone will pack the power of Samsung’s very own Exynos 9610 plus the option of an 6/8GB RAM.

There’s an impressive four-lens setup on the back with the main lens being a 48 MP + 12 MP + 5 MP + 5 MP, while there’s a 32MP sensor on the front for selfies. A fingerprint sensor is present for extra security.

Galaxy A51 will ship with Android 10 out the box and running One UI 2 on top. Users can expect a 4000mAh battery plus 15W fast charging.